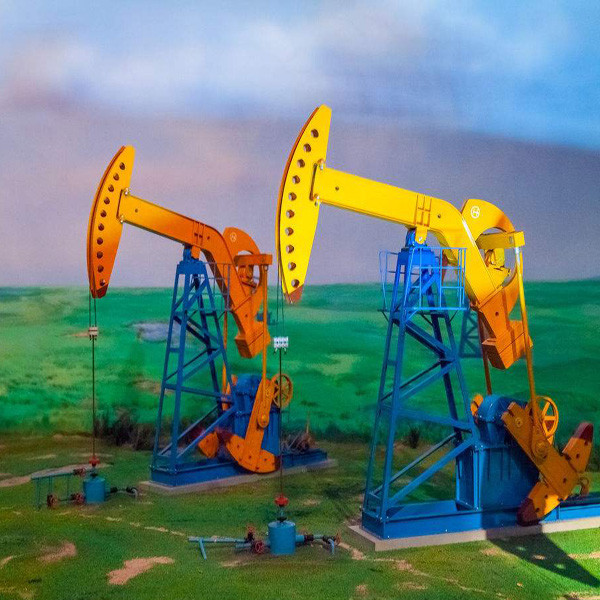 known as the heart of the rig, the event of failure, the drilling will produce inconvenience, serious cause underground complex, resulting in greater economic losses. Drilling pump power end of the ten main bearing is rotating support parts drilling pump, it plays a key role in normal operation of the drilling pump.

the inner rail and the shaft relative motion occurs in the course of their work, the phenomenon appears to run round the bearing shell hot. In this case the support 3NB-1300C drilling pump bearing 4,053,172 are common, if not timely or cause the crankshaft journal found at the ground, over a certain range will not be repaired again scrapped, expensive repair costs. When drilling pump crankshaft bearings run generally circular pressure plate bolts will loose ends of the crankshaft, a very bright remove traces of the platen has a friction along the circumferential direction, which is the most intuitive observation method.

1.2 the rolling elements and the raceway spalling Analysis

1.4 the rolling elements and raceways severe smearing and discoloration Analysis

bearing pair caused by bad bearing rollers slide and helical motion; load is too light, the traction due to insufficient rolling elements skid; increased slip tendency when the high-speed light-load; bearing clearance is too large , running slip. Such failure mainly various drilling pump bearing support, some drilling pump mill stands less rigid, weak base, at a time alternating load deformation action, the drive shaft, the crank shaft concentricity, parallel to the axis of the two We can not meet the requirements, the support bearing housing concentricity difference, resulting in failure of such bearings. Some are drilling pump support bearing gap is too large, resulting in rolling element operating rules is not enough to form a trace.

cause analysis: (1) improper packaging, shipping and handling actions during the collision. (2) vibration and bearing gap, less internal film damper bearing. (3) the use of improper operation, resulting in damage to rough handling, such fail-off shrinkage mainly in life. Such failure mainly roller bearings and tapered roller bearings in the large cylinder, due to roller bearings and tapered roller inner and outer rings may be isolated, during transport, handling, assembly and operation of the bearing surfaces due to collisions occur long scratches , nicks, dents; many bearing later use, because the gap is too large and poor lubrication of the bearing friction accelerated corrosion. For example, 3NB-1300C drilling pump 24072 bearings.

poor lubrication lead holder guide surface without separation film; high speed cause the cage guide surface subjected to centrifugal forces; a bearing retainer to cause adverse to damaging loads. Such failure is common in a variety of drilling pump drive shaft bearing, such as 32844 bearing speed is relatively high.

such failure is mainly Mifengbuyan bearings, bearings into the sand, dust and other debris, accelerated wear of bearings, thicker bearing face, appear microscopic dent. Such seal failure exists in poor or bad operating conditions in various types of bearings. Actually drilling pump seal for a job to be particularly critical in large desert sand, desert.

1.8 the rolling elements and raceways pitting and corrosion Corrosion analysis

1.10 bearing ring of the rolling bodies and the crack analysis

Such failure is common in large vibration impact sites, such as drilling pump rod bearings and crosshead bearing.

prevention significant bearing failures is particularly important. In order to improve the service life of the bearings must take the following measures:

(1) ensure the bearing assembly quality. Before the repair assembly using an oil bath heated uniformly to 70 ℃ ~ 95 ℃, heating to eliminate oxygen acetylene, assembled in place and check the bearing rotating flexible. When running round the inner bearing pay special attention to the measurement assembly with the size of the shaft and the bearing sleeve. With the gap wear to 0.02mm ~ 0.12mm, 0.13mm ~ time 0.25mm, were bonded with Loctite technical processing plastic holders 609 and 680. Turning welding process using more than 0.25mm, to assembly requirements, the amount of interference may be from 0.04 to 0.09 axis Jakarta to 0.09mm ~ 0.16mm, then not within the field-run using the circle phenomenon. (2) to ensure good bearing lubrication. Check the lubrication oil pump well, pipeline flow; splash oil groove practices in place, to ensure adequate supply of lubricating oil. Oil must be clean, free of impurities, and used gear oil viscosity in accordance with the respective summer and winter. Promptly check the oil level in the range of a cursor, taking into account the compensation oil, allowing a slow run for about five minutes, check the oil level is within the range of identification.

When determining bearing failure, often integrated at any time is determined according to the vibration, sound and temperature, in accordance with the manual of the equipment, periodically opened to check the shroud. When conditions using advanced diagnostic methods and P frequency analysis, acoustic emission analysis, and other oil sample analysis vibration analysis method or the like.